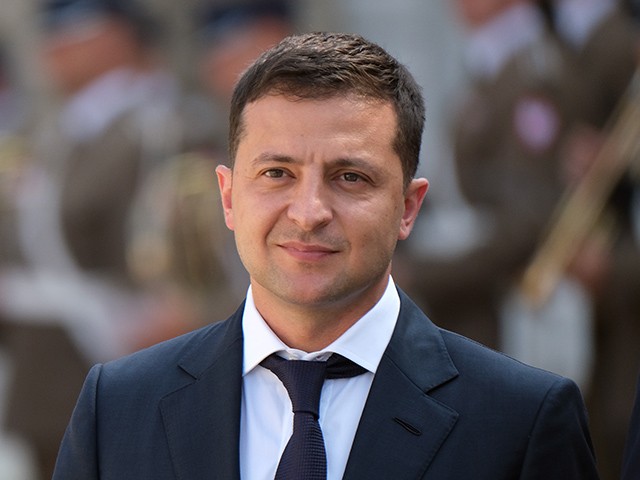 Ukrainian President Volodymyr Zelensky said in a newly-released interview that he never discussed “quid pro quo” with President Donald Trump, once again denying any link between the release of U.S. military aid in exchange for investigations.

“I never talked to the president from the position of a quid pro quo. That’s not my thing,” Zelensky said in a wide-ranging interview with TIME magazine released Monday.

“I don’t want us to look like beggars. But you have to understand. We’re at war,” he added. “If you’re our strategic partner, then you can’t go blocking anything for us. I think that’s just about fairness. It’s not about a quid pro quo. It just goes without saying.”

Zelensky’s comments come as House Democrats move swiftly with their impeachment inquiry against President Trump. House Speaker Nancy Pelosi formally launched efforts to remove the president after a partisan CIA analyst filed a “whistleblower” complaint alleging that the president pressured the leader of Ukraine to investigate allegations corruption against former Vice President Joe Biden and his son, Hunter Biden. The complaint, based on second-hand information, claimed President Trump appeared to have signaled that he would withhold aid unless the probes were conducted — something the president and Zelensky have repeatedly denied.

“There was no blackmail,” Zelensky told reporters in October. “We are not servants. We are an independent country.”

The White House hit back to the complaint’s allegations by releasing a transcript of the conversation showing neither the president or Ukraine’s leader linked aid to any investigations.

On Monday, President Trump highlighted Zelensky’s most recent remarks, pointing to them as further proof that no wrongdoing occurred during their call: “Breaking News: The President of Ukraine has just again announced that President Trump has done nothing wrong with respect to Ukraine and our interactions or calls. If the Radical Left Democrats were sane, which they are not, it would be case over!” he tweeted.

Breaking News: The President of Ukraine has just again announced that President Trump has done nothing wrong with respect to Ukraine and our interactions or calls. If the Radical Left Democrats were sane, which they are not, it would be case over!

Zelensky’s comments come as House Intelligence Committee members are expected to receive a report on the impeachment inquiry. The panel’s chairman, Rep. Adam Schiff (D-CA), will only give members 24 hours to sign off on the report, setting the stage for the House Judiciary Committee’s own round of public hearings on impeachment Wednesday. Notably, House Judiciary panel chairman Jerry Nadler (D-NY) has yet to release the list of witnesses invited to testify. On Sunday evening, White House Counsel Pat Cipollone notified Nadler that the president’s legal team will not participate in his panel’s hearings.