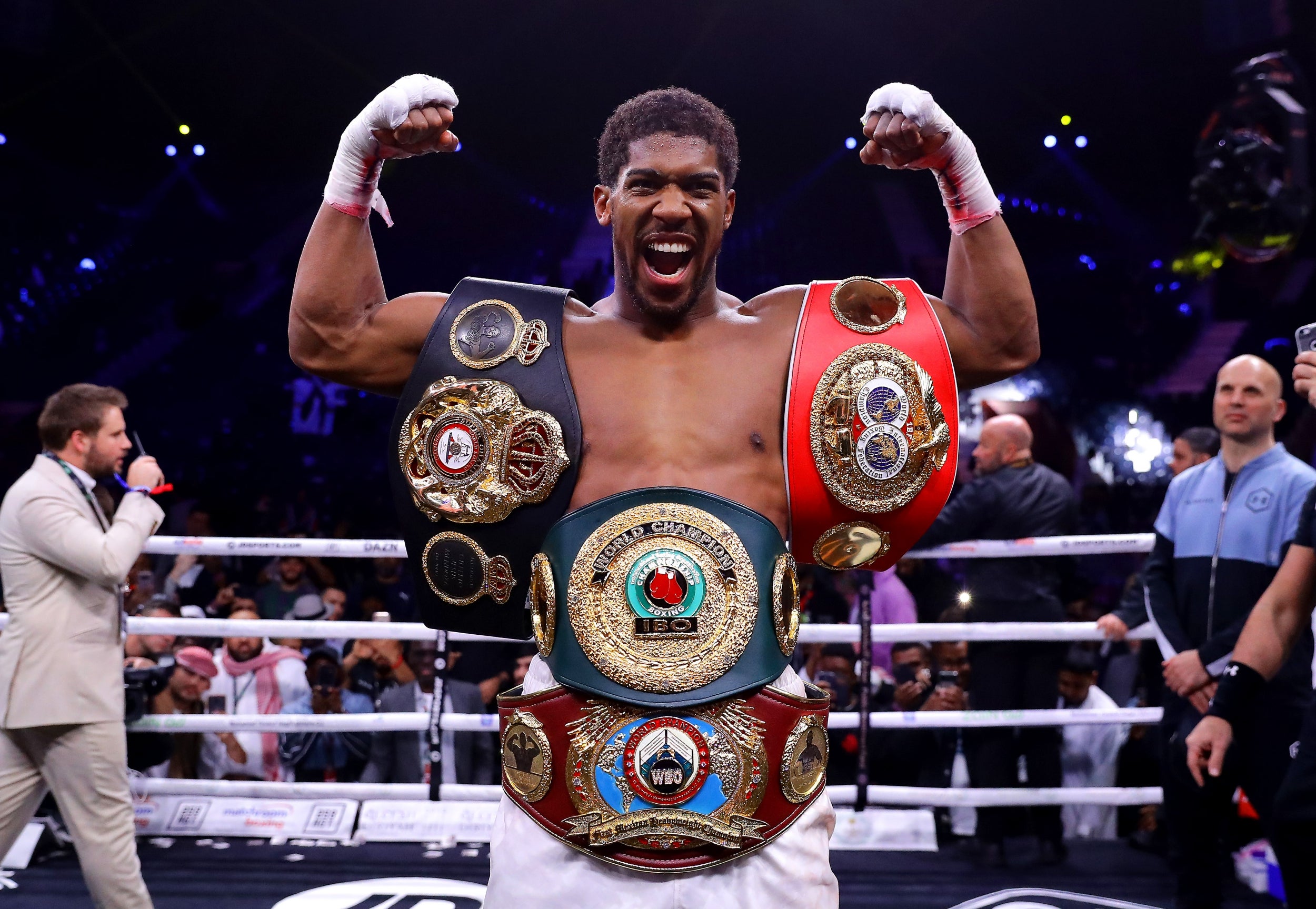 Anthony Joshua made up for the only defeat of his career so far by gaining revenge with a unanimous points victory over Andy Ruiz Jr, reclaiming the WBA, IBF and WBO heavyweight titles in the process.

After suffering the first defeat of his professional career on 1 June this year, Joshua knew he could not afford a second consecutive upset against Ruiz, otherwise he would risk falling away from the top end of the heavyweight division.

With the fight controversially taking place in a purpose-built arena in Diriyah, Saudi Arabia, the big names normally in attendance were not so obvious to spot. But a number of leading names from the squared circle were still in attendance in the shape of Canelo Alvarez and Frank Bruno, while one of the current greats of the Octagon was on show too in the form of UFC world champion Khabib Nurmagomedov.

Sharing the full story, not just the headlines

Joshua looked a very different fighter to the one that crumbled six months ago, with the leaner Briton able to maintain space between himself and the champion and dive in and out of range to stay away from Ruiz’s bludgeoning shots.

Ruiz on the other hand looked slow and sluggish – a victim of the extra weight that he had put on after coming into the rematch more than a stone heavier than his last fight – and as a result he could not pressure Joshua as much as he wanted.

As a result, the fight never really took off, with Joshua doing damage in the form of a cut in the very first round before suffering one himself in the second due to a clash of heads. In the end, neither proved decisive, and though Ruiz was able to pinch the fourth round on all of the scorecards and the eight on two of them, he never got going.

On the undercard, Dillian Whyte returned to action with a dull points victory over Mariusz Wach, though Alexander Povetkin and Michael Hunter served up a 12-round thriller that ended in a split-decision draw.

Here’s how the night unfolded in 65 spectacular pictures.

Within minutes of the victory, Joshua was ordered by the WBO to fight mandatory challenger Oleksandr Usyk, while Kubrat Pulev, Tyson Fury and Deontay Wilder are other potential opponents should a third fight with Ruiz not happen immediately.